We know it's hard finding Father's Day gift ideas to celebrate the dads in our lives so here is The Ultimate Guide to Christian Father's Day Cards & Gifts!

Father's Day can feel like just another commercial holiday designed to make us spend money. We get that. Yet it can also be a little nudge to remind us to thank the men in our lives who have stepped up to that role.

As people who love Jesus, we can also celebrate the fact we have a Heavenly Father. For many who have not had the joy of an invested and healthy relationship with an earthly father, there is freedom in coming to know God the Father, the all-powerful King Who does love and cherish us as we were designed to be.

So here we're sharing some of our favourite Christian Father's Day Cards & Gifts. We know how hard it can be to find unique Father's Day gift ideas so we've tried to share some of the amazing Christian gifts for men our designers have created (if you're stuck, Laurent Collective's shop is a great place to peruse some fab artwork by Patrick Laurent, in print, mug, and other formats - all with his signature bold graphic design approach).

We're also breaking down why Father's Day is important and where it even started.

First things first, what day is Father's Day in 2021? Sunday 20th June! So still loads of time to find cards and gifts he'll love (we'll also include some last minute ideas at the end, just in case you're only getting to this on Saturday night!).

(In case you struggle to remember specific dates: in the UK, Father's Day is always celebrated on the 3rd Sunday in June (yup, we didn't know that until we Googled it either!)). 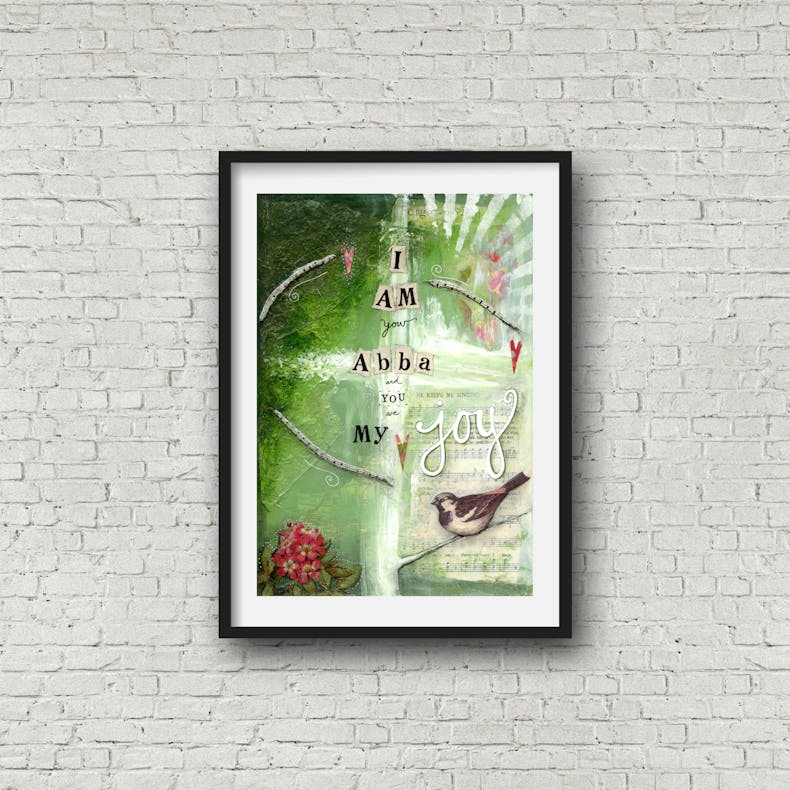 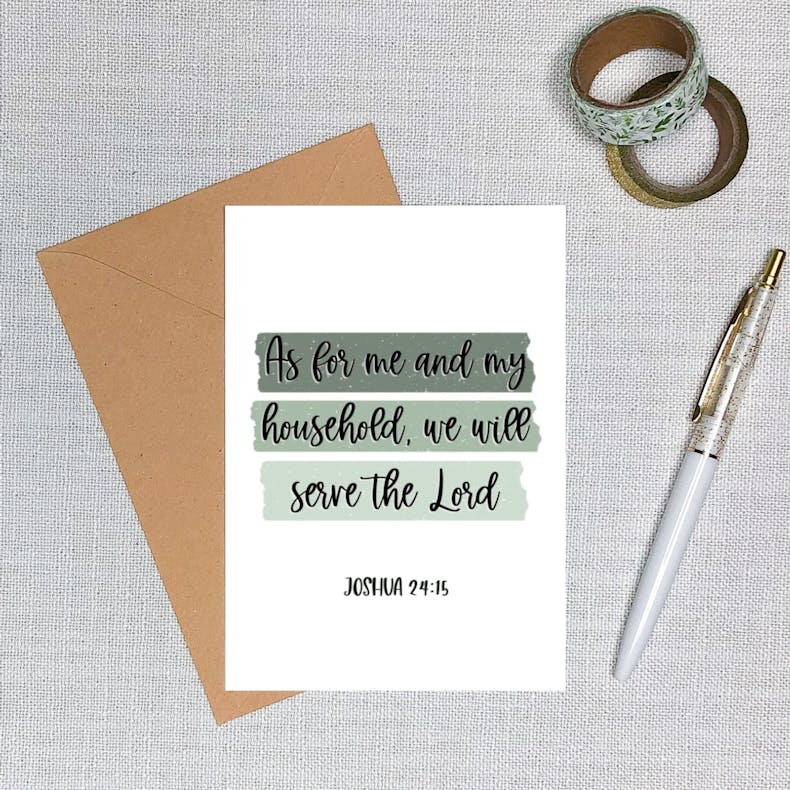 The Bible has a lot to say about the important roles of parents, and you may be surprised that it's not just biological dads that get a mention.

Paul speaks lovingly of Timothy as his son in the faith, like in 2 Timothy 1:2: “To Timothy, my beloved child: Grace, mercy, and peace from God the Father and Christ Jesus our Lord."

And in fact, one of the most famous fathers of the Bible is Joseph, the earthly father of Jesus (featured in every school nativity!). He absolutely stepped up and leaned in to parenting the God-Child, a task he nearly shied away from before an angel visited him!

As Mary willingly entered into the perilous task of raising the Son of God, Joseph also signed up for it, a job that eventually involved fleeing as refugees to a foreign land to save the Baby's life.

So is Father's Day only for biological dads? Absolutely not. It's a chance to celebrate any man who has chosen to serve sacrificially and to model themselves on God the Father. Whether that is a foster dad, or grandad, or older man at the church who decided to take you under his wing.

It wasn't long after Mother's Day had been instituted in America and she became grumpy that there wasn't also a day to remember the amazing male role models in her life, namely her dad.

She campaigned to have it recognised as a national holiday (ideally on June 5th, her dad's birthday) but it wasn't really until World War II (when advertisers realised it provided an opportunity to promote the troops) that it became a national institution in American, and consequently in Britain who rapidly followed.

(Interesting fact: March 19th is the Feast of Saint Joseph (the adopted father of Jesus) in the Catholic church so many countries choose to honour their dads, and spiritual role models, on that day instead.) 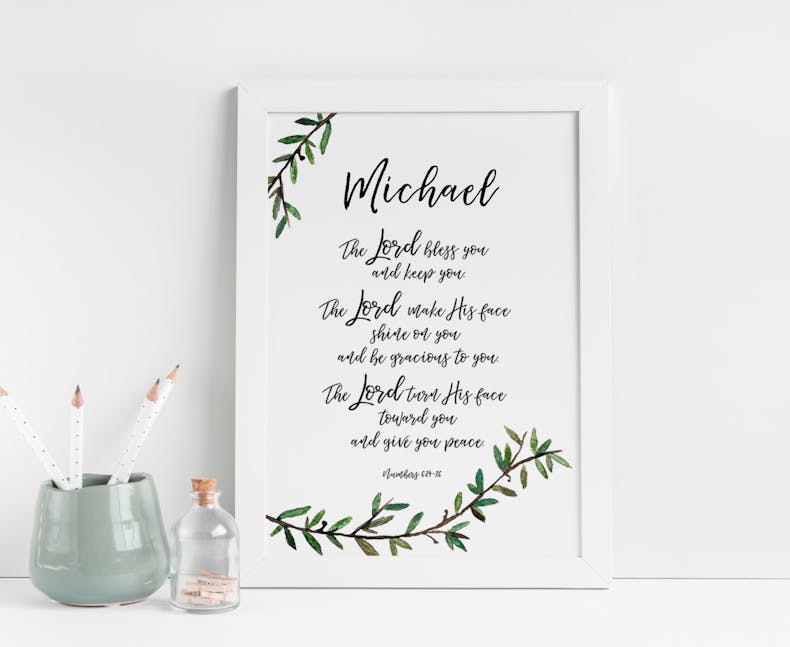 Words can be a powerful way to express our gratitude to positive male role models, those who have taken us under their wing.

Whilst we don't need a special day to say thank you, it can be nice to have that prompt. To find our favourite cards, you can read our "Favourite Christian Father's Day cards roundup" and we do have an entire Father's Day card collection to peruse as well.

A good card can be a great way to get some inspiration for writing your "Happy Father's Day message" inside (because staring at a blank page is no fun).

Proverbs 23:24: "The father of a righteous child has great joy; a man who fathers a wise son rejoices in him."

Exodus 20:12: "Honour your father and your mother, that your days may be long in the land that the LORD your God is giving you.”

1 Thessalonians 2:11–12: "For you know that we dealt with each of you as a father deals with his own children, encouraging, comforting and urging you to live lives worthy of God, who calls you into his kingdom and glory.”

Proverbs 14:26: "Whoever fears the Lord has a secure fortress, and for their children it will be a refuge." 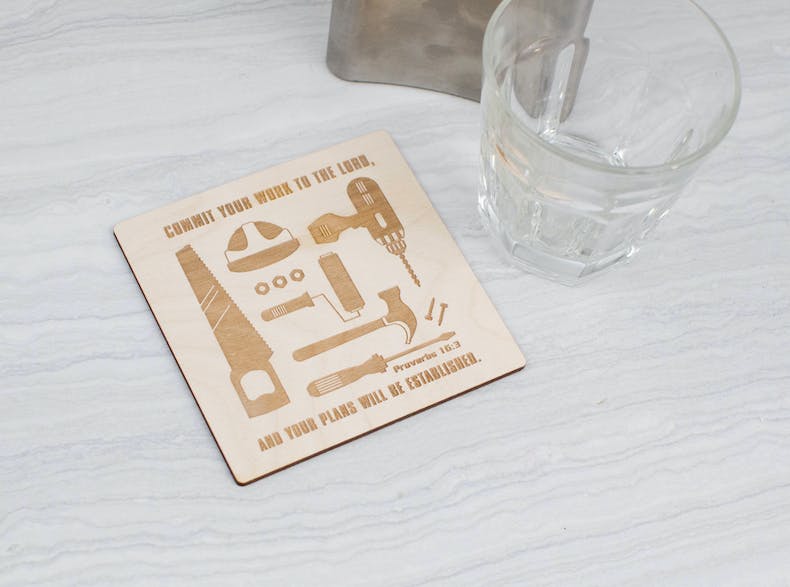 Anne Frank: "My father didn't tell me how to live; he lived, and let me watch him do it."

Charles Spurgeon: "Train up a child in the way he should go - but be sure you go that way yourself."

Obviously dads are individual human beings (obviously!) so no one gift is going to suit everyone BUT we have a fantastic range of Christian gifts for men in this "Christian Gifts for Dad this Father's Day" blog post and we'll include a few of our top favourites below.

(You should also check out of 'Gifts for Him' range and our 'men's jewellery' collection for more ideas!)

Personalised Father's Day gifts are a great way to find unique Christian gifts for men that will mean a lot to him. We've got a few options on the website, mostly prints, that make a meaningful Father's Day present that will still be proudly displayed on the walls in 20 years time!

Don't forget - the ultimate reason for Father's Day is to celebrate those amazing male role models in our lives and thank them. That may mean a fancy lunch and long Father's Day card message and epic selection of Christian gifts for men, or maybe it's spending some time with him doing his favourite thing. Don't assume the most meaningful Father's Day gifts come wrapped in wrapping paper and a bow!

However you celebrate this Father's Day, we pray you know deeply above all else how much your Heavenly Father loves you.