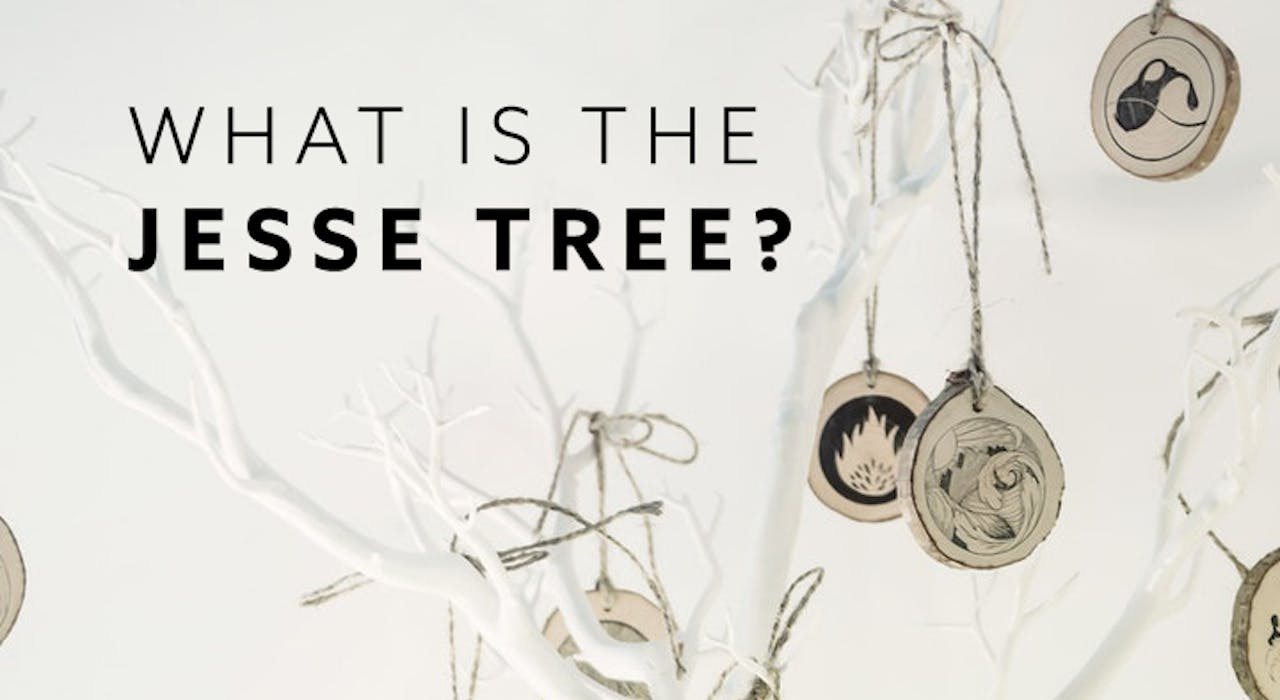 Over recent years, the Jesse Tree has seen a big increase in popularity with Christian families all over the UK. But what is it?

A Jesse Tree is used during Advent (in modern times, used for the first 24 days of December in the same way a child would use a chocolate advent calendar) to focus on the stories of the Bible leading up to the birth of Jesus. It consists of three things: a tree, the advent ornaments, and the Bible passages.

There shall come forth a shoot from the stump of Jesse, and a branch from his roots shall bear fruit.

Jesus is here prophesied to come from the “stump of Jesse” – King David’s father, and so the concept of the Jesse Tree is to trace the lineage of Jesus through the history of the Bible. 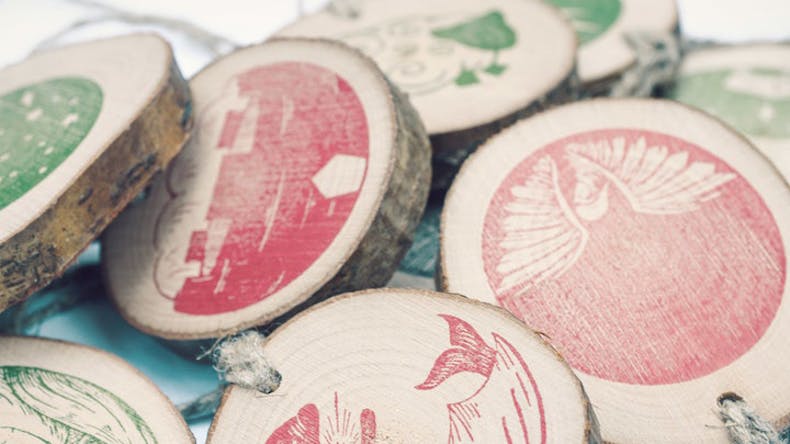 The use of a Jesse Tree during advent can be traced back to the 12th century, with a pictorial representation in the Lambeth Psalter dated around 1140 A.D. There are quite a number of historical pieces of artwork that depict the lineage of Jesus using the tree of Jesse, from intricately painted canvases and woven tapestries to stone relief panels, stained glass windows, and carved wooden doors.

In a family setting, the focus is on 24 advent tree ornaments, each one corresponding to Bible passages from creation to the Christmas story, which can then be hung on a decorative branch or your Christmas tree. They tell the stories of the people, prophesies, and events that bring us to King of all the earth lying in a manger, and help us to live in anticipation of His return in glory.

Branches are used a lot throughout the Bible as a sign of new life and new beginnings – in the same way that Jesus is the vine and we are the branches, we see the tree as a symbol of Jesus and the stories and prophecies that we hang from it as finding their fulfilment in Him.

Through the Jesse Tree, we can see the faithfulness of the Living God across 4,000 years of human history. We can connect the custom of decorating Christmas trees for our front room with the story of King Jesus, and we can build joy and anticipation with our children as we wait for the coming King. 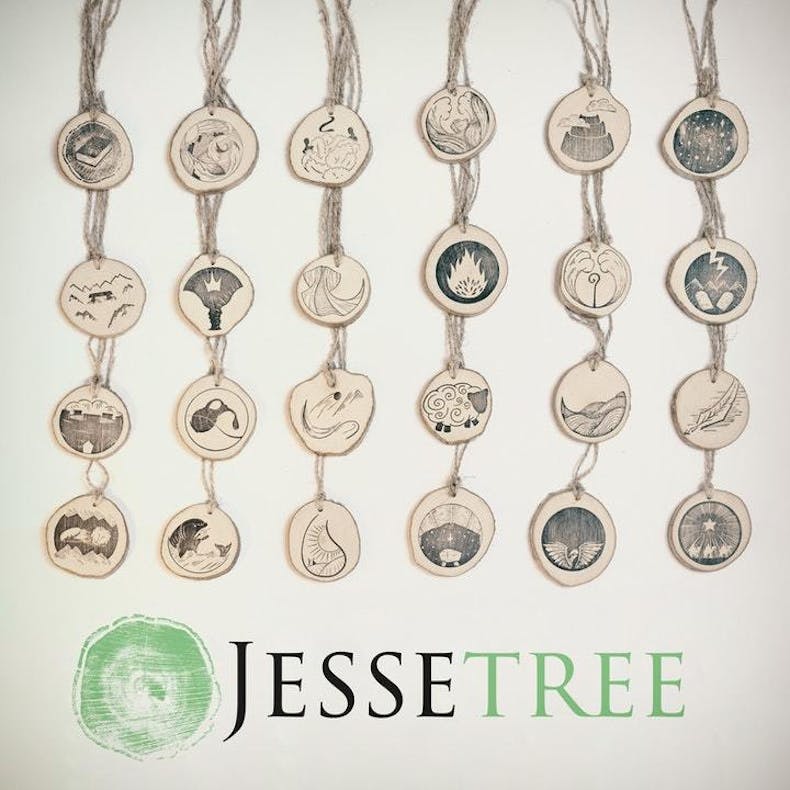 The team over at Gospel-Centred Parenting have created a beautiful set of Jesse Tree ornaments that go alongside the first 24 chapters of the Jesus Storybook Bible, making them an easy way to celebrate Advent with your family.

Designed to take a few minutes out of the day, they show how the whole Bible points to Jesus, and introduce key concepts to children such as Jesus being seen in all of history, the faithfulness and goodness of God, and the promise of Jesus’ return.

Each day during advent, you hang a new ornament on the tree and read the corresponding passage. Advent starts on the fourth Sunday before Christmas (end of November) but there are 24 ornaments to take you through the first 24 days of December to keep things simple.

This set of Jesse Tree advent ornaments has been designed by Rory Henderson in collaboration with Gospel-Centred Parenting. Each design has been hand-carved and printed using lino-cut printing methods on rustic slices of natural hazelwood. Your set of 24 ornaments comes strung with twine ready for hanging straight on your tree, and is accompanied by a free Jesse Tree Guide. 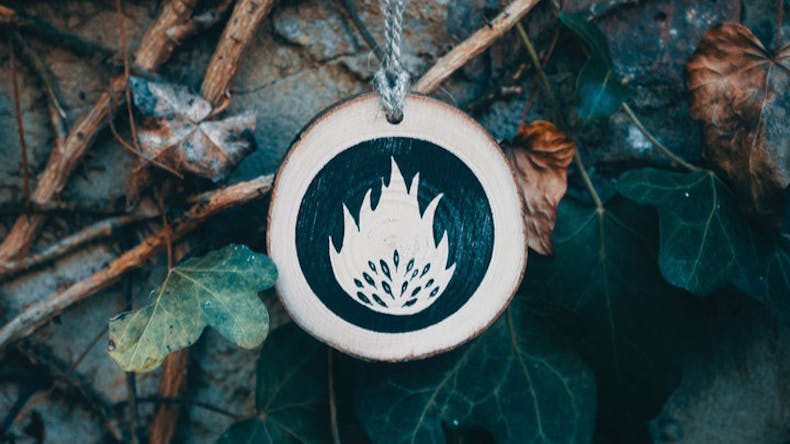 Jesus is the serpent-crusher, the true and better Moses, the Son who was sacrificed and not spared, the forever King. Jesus said that all scripture testifies about him, and each day as you hang a Jesse tree and read the corresponding story, you and your children can marvel at how Jesus fulfils all of these stories.

10% of the profits from each set of Jesse Tree advent ornaments go to supporting the work of Bible translation and distribution.

December 1: The Story and the Song

December 2: The Song of Creation/The beginning: A Perfect Home

December 5: A Giant Staircase to Heaven

December 8: The Girl No One Wanted

December 10: God to the Rescue!

December 12: Ten Ways to Be Perfect

December 15: The Young Hero and the Horrible Giant

December 19: Daniel and the Scary Sleepover

December 23: The Light of the Whole World

December 24: The King of All Kings