Ready for dispatch in 1-3 Business Days

At Alimoo Designs we have created this striking colourful poster that explains The Good News of the Gospel. Featuring 12 scriptures from both the Old and New Testaments accompanied with a colourful, bold illustration. They show God’s wonderful plan for mankind, starting with creation, then how man fell from grace, a promise of a saviour, The Good News, who Jesus said we was, how the cross has given us a way back to the Father, why Jesus has risen and how we can become saved.

Genesis 2:15-17 - "The Lord God took the man and put him in the Garden of Eden to work it and take care of it. And the Lord God commanded the man, “You are free to eat from any tree in the garden; but you must not eat from the tree of the knowledge of good and evil, for when you eat from it you will certainly die.”

Genesis 3:4-5 - “You will not certainly die,” the serpent said to the woman. “For God knows that when you eat from it your eyes will be opened, and you will be like God, knowing good and evil.”

Genesis 3:15 - "And I will put enmity between you and the woman, and between your offspring and hers; he will crush your head, and you will strike his heel.”

Genesis 3:23-24 - "So the Lord God banished him from the Garden of Eden to work the ground from which he had been taken. After he drove the man out, he placed on the east side of the Garden of Eden cherubim and a flaming sword flashing back and forth to guard the way to the tree of life."

John 3:16 -  "For God so loved the world that he gave his one and only Son, that whoever believes in him shall not perish but have eternal life."

John 14:6 - "Jesus answered, “I am the way and the truth and the life. No one comes to the Father except through me.

1 Peter 2:24 - “He himself bore our sins” in his body on the cross,so that we might die to sinsand live for righteousness; “by his wounds you have been healed.”

Romans 6:4 - "We were therefore buried with him through baptism into death in order that, just as Christ was raised from the deadthrough the glory of the Father, we too may live a new life. For if we have been united with him in a death like his, we will certainly also be united with him in a resurrection like his. For we know that our old self was crucified with him so that the body ruled by sin might be done away with, that we should no longer be slaves to sin because anyone who has died has been set free from sin."

Invitation for Salvation - Jesus would like to invite you to become a child of God. To set you free from your sins and give you a new life in Christ. For the old has gone, the new is here! Will you accept His invitation?

Welcome to Alimoo Designs. My name is Becky, and it's an honour to showcase my work on the Cheerfully Given website. I live in Cornwall with my husband, two children and a variety of pets. Living in Cornwall is a true blessing with it’s beautiful rustic coastline and woodland rambles that are right on my doorstep, where each day I am inspired by the awesome power of God’s creation. After working in the print and design industry for almost 25 years, I felt it was time to step out and use my skills to share my love for Jesus, by using lovingly selected scriptures, that I hope will direct people to Christ and encourage others to share God’s amazing word.

Alimoo designs are recognizable by their simple bold illustrations and strikingly bright colours, that jump out of a crisp white background (with the exception of some beautiful black and white typography pieces). Strong, bold, and fun prints will brighten up any room and also make for the perfect gift.

Thank you for visiting my page and hope you love your purchases. 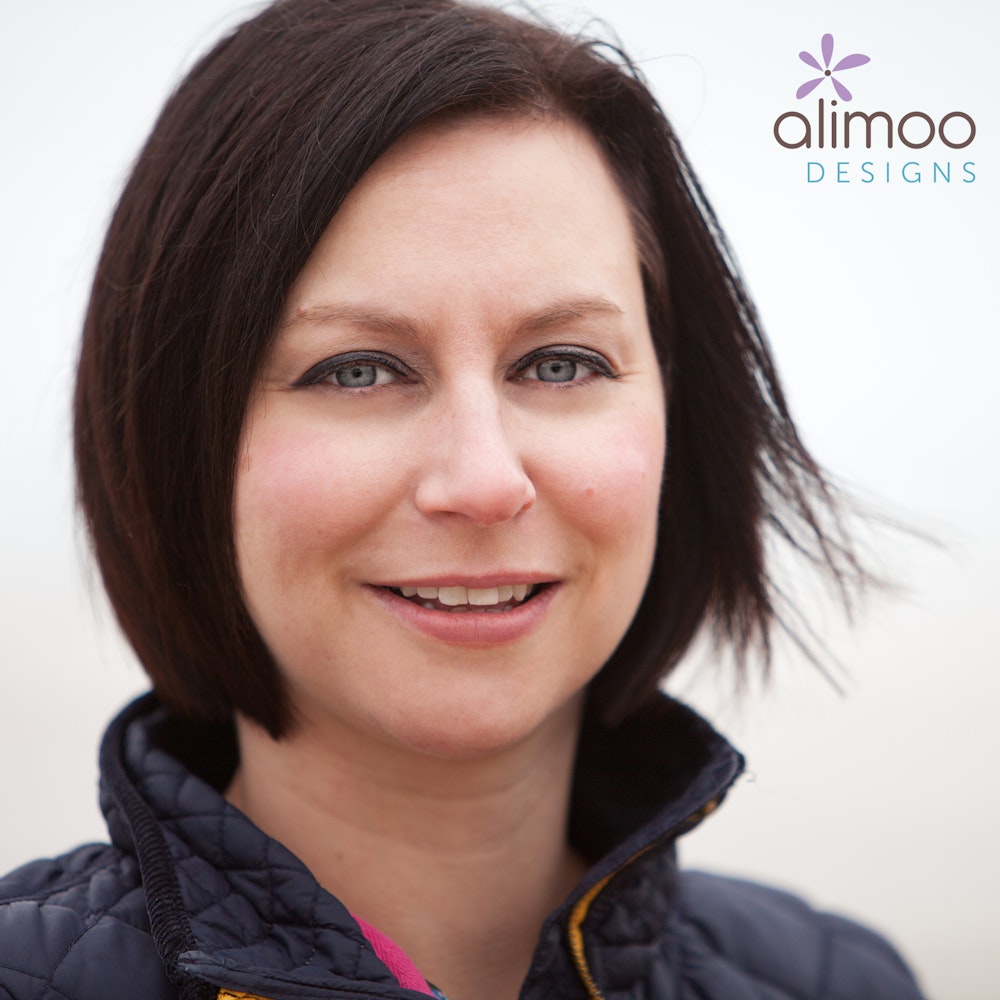