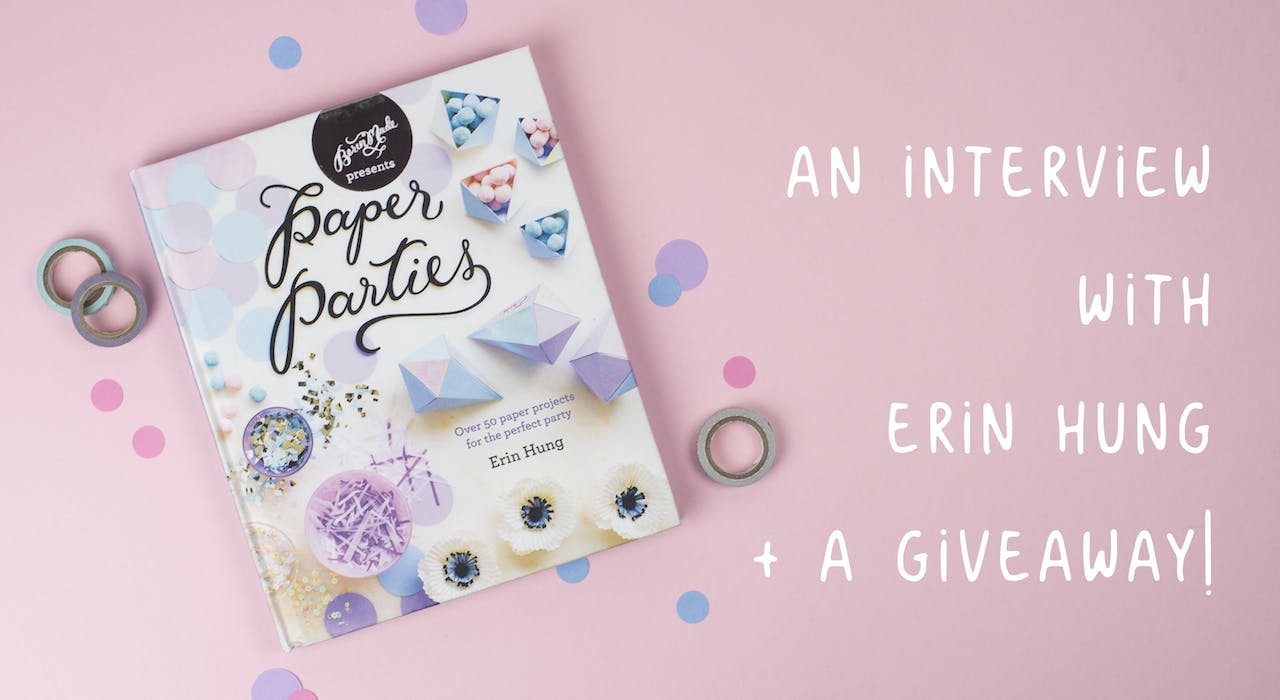 There's nothing like a good book to get your creative juices flowing, and it's particularly exciting when an artist you've been following for a while brings out an utterly stunning collection of DIYs, all bound into one beautiful book.

One of the people I’ve been following for a long time is Erin Hung from BerinMade – if you’ve never heard of the company, you’re in for a real treat! Erin is a creative woman of God with a passion for colour and paper products, and her new book, Paper Parties, is chock-full of delicious inspiration that will bring pops of DIY colour to your next party or celebration (whether it's at church or at home!). 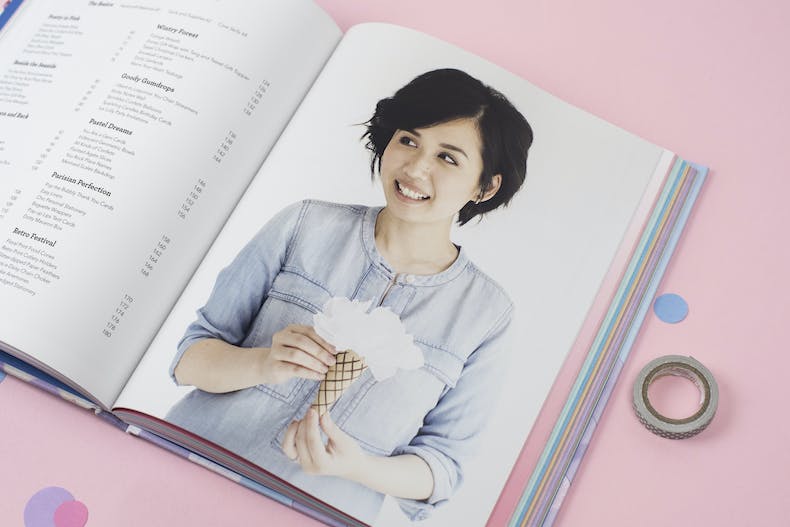 Hi! I’m Erin, the founder and creative director of BerinMade. We specialise in celebrating with paper - such as wedding invitations, greeting cards, gift wrap and other lifestyle products. Though our company is based and headquartered in London by our amazing team, you'll find me travelling between London and Asia a lot these days.

Paper Parties is a book published with Pavilion, of inspirational celebrations based around 50 projects for every milestone, including birthdays, bridal showers, weddings and baby showers. The front is a coffee-table format book filled with styled photographs, printed full bleed and organised into 9 different party settings (with themes such as Floral Fiesta, or Goody Gum Drops).

I wanted the experience of browsing to be uninterrupted unlike a lot of DIY craft books out on the market. All the tutorials are organised and compiled by category in the back of the book, so readers can have all the tools and instructions on one page at their fingertips. 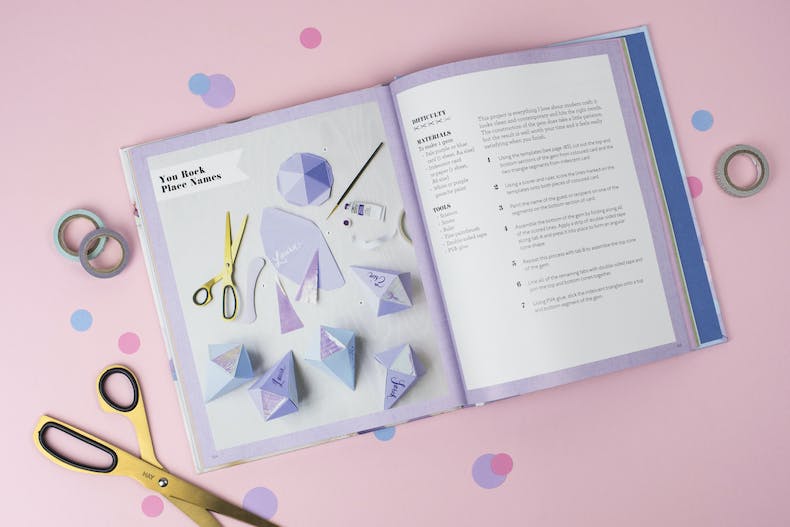 I am an ideas person, and find big-picture concepts the most exciting in any kind of project. I loved creating the look and concept behind each party, compiling its essential aspects and colour palettes! Of course, making the crafts was hugely enjoyable - although I did turn into a bit of a craft machine having to do 50 projects in the span of a few weeks. Thankfully, I had a really amazing team behind me who deserve every bit of credit. So I'm very thankful!

Celebrations are usually a direct reflection of the people behind them - I love any celebration that is true to the heart of the people they are celebrating, especially ones that are authentic, intimate and connect people in a joyful way! 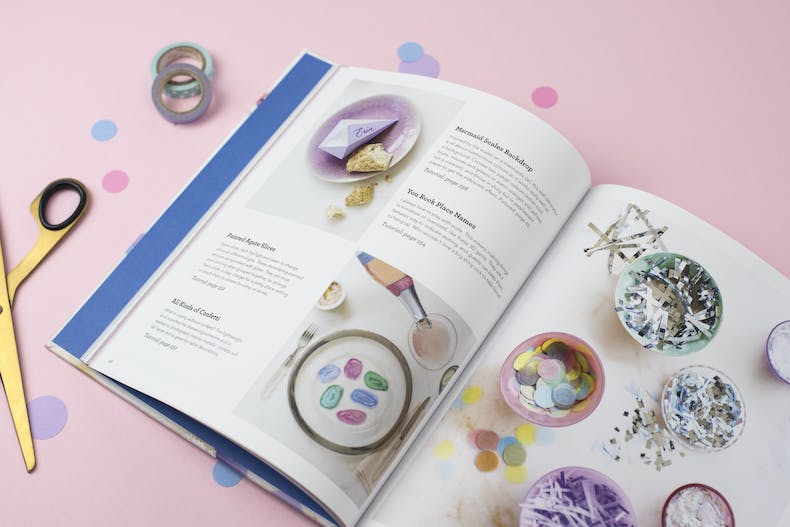 I approached developing projects as I would for a client project, except the brief is written by myself! For example, when I put together concepts for the "Pretty in Pink" chapter, I had in mind a look for a bridal shower that is "pink on pink" but working off shades of nude, peach, sandy colours, and pairing them with a copper metallic finish to give a modern, sophisticated look and to avoid a Barbie's dream party!

When developing ideas for projects in this chapter, I thought about what might be used in a party like that, what emotions it might evoke, and the key characteristics of the people behind it. The celebration would be a girly affair for a sophisticated bridal shower, so I developed projects like "Secret Love Messages" and the "Confetti Wrap with tassels", as well as more confectionary or gift items like "Donuts About You Toppers" and "Oversized Sweets Wrap". And then it's a matter of refining the look of the projects as well as their functionality to make sure they work and look pretty.

Not so much! I tend to make up new stuff as I go along, finding that I get bored if I were to make the same thing. Plus, I actually don't love following instructions (although I can write them for sure!) so things evolve a lot whenever I'm in the mix. 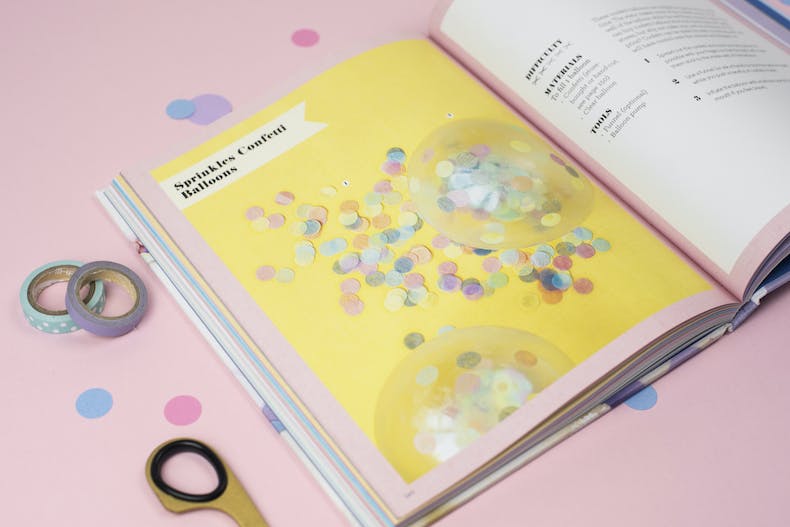 Friends, wine and food. In that order!

G. F Smith is everyone's favourite, mine included and for good reason. They are a sustainable and design-led paper mill in the UK which really promotes the work of forward-thinking print designers and paper engineers. Their papers do come at a premium but once you use them, you can't go back! 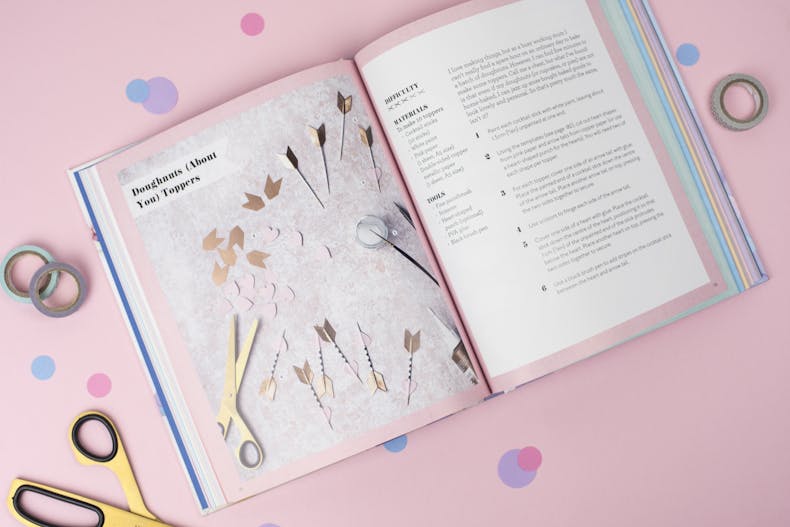 It's one of the most accessible and affordable art mediums, which means that its got a commonality that connects people of different places, cultures as well as backgrounds.

Anything with terracotta in it! It's the warm, rich and earthy colour, adjacent to copper metallic, that is not rubbing shoulders with other firm favourites from blush to indigo. 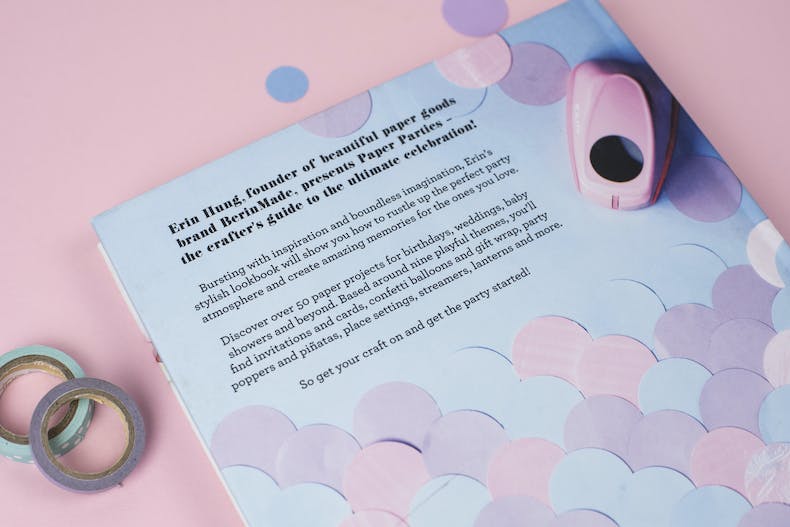 It's been so much fun following along with Erin's journey, and we'll be doing another interview with her later in the year focusing more on the BerinMade side of her life. Meanwhile, you can follow her on Facebook, Instagram, and Twitter, as well as checking out her beautiful range of products on the BerinMade website.

Paper Parties by Erin Hung is published by Pavilion. With photographs by Charlotte Tolhurst and Lana Louw.

With thanks to Holly Booth for the styled images of the finished book used throughout this post.